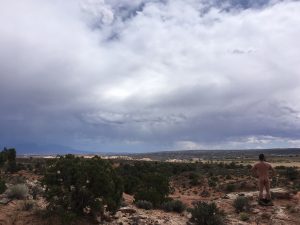 The year is 1979. The international year of the child. “This Old House” is beginning its first season on PBS. Rick Mears wins the Indianapolis 500 for the first time and the day after, Joe stout is born to an unsuspecting anonymous woman in Sheridan Wyoming; one of 15 people born globally that year. Born with telekinesis, his powers are paralyzed for 58 years by an incantation from the staff mage at Sheridan Memorial Hospital, temporarily preserving the tenuous diplomatic relations between the US and China achieved earlier in the year. In kindergarten, he takes the mediocratic oath and holds it true to it to this day.

Stout attended elementary school through high school in Big Horn, Wyoming and then secondary education at Sheridan College and Montana State University Billings. He is currently Director of Operations for Downtown Billings, and a board member of Pedal United which is a cycling advocacy non-profit. He enjoys mountain biking and laboring as if inspired by Sisyphus on his ramshackle hovel as he attempts to pass it off as a home. 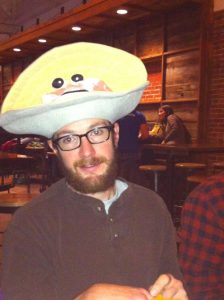 A life long resident of Billings, Stocky has taken mediocrity to predictable heights. Upon graduating from Billings Senior High in 2000, Stocky moved on to a one year, government funded vacation at the University of Montana where he learned new and innovative ways to not know what the fuck you are doing.  Stocky graduated magna cumme academic probation after two semesters, and headed back to Billings where he currently resides.

Stocky has been in the building community for 18 years – charting a slow and steady rise from drywall finisher to skilled carpenter. Now he’s the owner of Stocky’s Custom Carpentry, a frame to finish construction company in Billings Montana. He serves on the City of Billings Community Development Board and as co-chair of the Yellowstone Valley Citizens Council Better Billings Sustainability Committee. In his free time he enjoys playing guitar with local dad-core band The Budgets, running marathons – 7 of them to date – and hoarding random bits of things he deems useful much to the chagrin of all who surround him. But what do they know? What are they? Hoarder-cops?